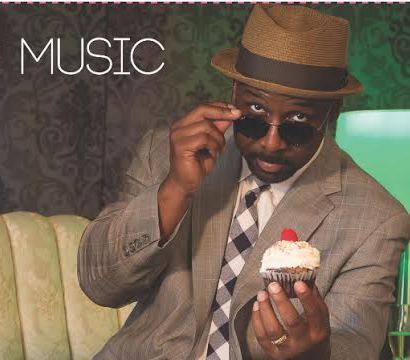 San Francisco/Bay Area composer, arranger and multi instrumentalist Carlos Sanders aka Uncle Los, returns with a deeply personal and inspired sophomore release with his new contemporary jazz project - Black Bottom Cupcake. On the heels of his broadly accepted 2013 debut album “Say Something” (which received up to 150 spins per week nationally and reached #28 on the “Smooth Jazz Indie” chart) Uncle Los continues to champion the subtle art of song writing while simultaneously staying “present in the pocket”.

Growing up in Los Angeles, Uncle Los was aware of the power of “the song” at an early age. Classical training in piano led to an appreciation and respect for composers like Chopin and Rachmaninoff. Sneaking into his parents record collection, he become infatuated with popular composers ranging from Marvin Gaye to Burt Bacharach. During his high school - garage band phase he was inspired by artist like Gino Vannelli and Jeff Lorber. All of these artist, helped to shape and inform whom he would become as a song writer. He developed a deep appreciation for solid grooves with catchy melodies. He loved lyrics that told stories - that were thoughtful and had “depth” to them. And above all else, he understood that “ the soul purpose of music is to move you..”.

After moving to San Francisco - Uncle Los worked as a sideman for several Bay Area bands in the 90’s, playing in the Jazz and R&B genres. He later became the keyboardist for R&B singer Zoe Ellis, appearing on her 2007 release Live at Anna’s Jazz Island. Uncle Los’ gig highlights include multiple dates at Yoshi’s San Francisco and Yoshi’s Oakland in 2013-2014. He also appeared at a variety of venues with The Zoe Ellis Band including Bruno’s and Bimbo’s in San Francisco - the latter where they opened for legendary bassist/all around music master Marcus Miller.

Uncle Los Music has always been about the music. It is not just one person. It is a collective of like minded, talented musicians brought together to create original works that are at once organic in nature and filled with emotional content. As band leader, Uncle Los once again surrounds himself with some of the Bay Areas’ finest musicians. The usual suspects return with Ced Dennis (guitar), Joel Griffin and Jay Lane (drums), Vic Little and Ari Cap (bass), and Michael Spiro (percussion). Each of these talented individuals help to bring the familiar Los’ grooves to life while lending their own distinct flavors to each track. Add to this a horn section of Clifford Brown III (trumpet) and Tony Peebles (Sax) along with stand out vocal performances from the father/daughter tandem of Michael Cheadle and Mickala Cheadle, and you complete the lyrical and harmonic sound-scape with depth and precision.

In the words of LA based music critic and author A. Scott Galloway - “This is a second 10 - course offering of Aural Life Fortification, dedicated to the preservation of laying a sound groove foundation - charted yet open to detour - so the music can thrive in the moment”.

In continued support of this exciting second album, Black Bottom Cupcake, Uncle Los Music is looking to promote radio adds and seeking bookings to support the project starting Spring 2018. We look forward to hearing from you to discuss dates and radio adds.

Contact Information
Thanks so much for your consideration of Uncle Los Music. All songs and the albums "Black Bottom Cupcake" and "Say Something" are available on iTunes, Apple music, Google play, Spotify and Amazon MP3. If you would like to contact us, please fill in the fields on this page and we will get back to you within 24 hours. We look forward to hearing from you soon.
Information Request